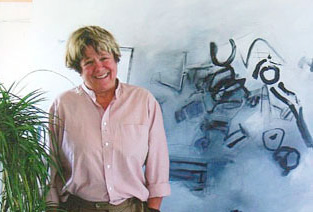 What, in fact, is art is yet debated even now for centuries ­­ and the “spirit” even more in question perhaps today than ever. Thus I attempt to begin an effort to offer some insight into this elusive mystery of art and spirituality, as this series of presentations is titled When I reflect on my own experience of creative process, moments of exuberance and sometimes sublime awareness arise. Perhaps the need or wish to “create” stems from asuperlative quality of energy coupled with a wish to make something beautiful and lasting ­­ something outside and beyond our physical being, that transitory state we all inhabit on this our earthly voyage.

My parents were nontraditional so far as religion was concerned, but my father would take me to Sunday school. He was a chemist involved in research to find a substitute for turpentine and linseed oil in the manufacture of paints, what we now call acrylic paints. My mother was a passionate bridge player and regular at her garden club. 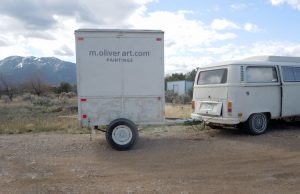 I grew up with an enormous amount of freedom coupled with an immense curiosity. We lived quite near a bayou where I spent most of my hours after school romping through the tall grasses or in solitary contemplation.

In those bamboo glades and oak brambles, I was always building a grass hut or some tree house nest. But most of all, there was this desire for a boat! A few years after my dad died, I was then age eleven,. Mom said she would buy a boat for me, a sailboat.. This little boat, 13 feet, complete with a mainsail and jib was1 I think, the beginning of my emotional and psychological independence. Sailing also led to an entire new community of friends, mostly good Catholics, at the Pensacola Yacht Club… spent nearly every weekend there until leaving for college in 1956.

Being on the water during so much of my youth engendered a certain kind of interior life that arises from reflection. My first year at college, the University of Alabama, was difficult. (I’d wanted to go to Bennington.) It was a big transition from the boats, bay shore, and beaches that I’d called home. Being a student there required a serious effort of discipline in order to succeed. After that first year and summer following in Maine, I realized that I wanted to major in art. This became my primary interest quickly, with enrollment in painting and drawing classes.The next few years include the University of Illinois, Cape Cod, then New York City. After receiving a B.A., I taught in California as well as received a graduate degree in painting and printmaking.

I then moved to Taos on a one­ year Wurlitzer residency award. That year, which produced a great new “window” of possibilities, I was able to buy some extraordinary land and build an adobe home. Virginia Woolf referred to a “room of one’s own” as a necessity in order for a woman to be creative, a place of one’s own that provides autonomy, boundaries as well as a retreat. There is a precious and unique sense of one’s person that can emerge from periods of detachment, reflection, and solitude. Some might say, a form of connection termed “self nurture” or prayer. From here an interior dialogue begins with facing the empty canvas… the void, where the process begins. For me, it is drawing upon an interior landscape. It is a question of a visual vocabulary emerging intermittently from a sea of choices, that some call “the dance of the imagination.” It is a playful game of risks and balances, a disciplined selection, a focused flow of fresh connections­­, a search for a precarious balance. Sometimes a new paradigm of beauty and order, a voyage into an uncharted interior self, a map of consciousness, and an uncensored place of play. 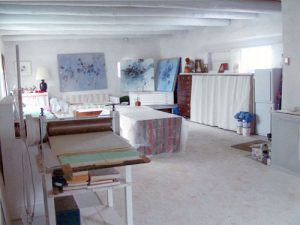 Before beginning a sustained body of work, there is a ritual need to put my studio space into an unimpeachable order. It seems to be necessary in order to begin the process of leaping off into the unknown—this risky place of consciousness. Having a clear grasp of my materials aids in a successful outcome and contributes significantly in the management of anxiety.

This experience is an integrating factor of mind.. .a quality of energy that seeks an integrity of person. When the work succeeds there is a sense of completion or wholeness. The term “gestalt” occurs when the whole equals more than the sum of the parts. These recurring personal images that are a visual language are often composed within a horizontal vertical axis, a composition in fact mimicking the human form. Alternately, however, it is a scattered dynamic with the consideration of balance, tension, and tonal aesthetics. That the work is a kind of visual record is a spiritual factor in contrast to its physical
reality.

Working from an interior vision, couched in a place of unencumbered imagination and connection, is fun.